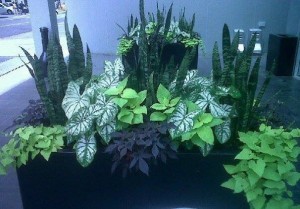 With libraries slowly becoming obsolete due to the advent of the internet, kindles, and Amazon, Durham, NC public libraries are taking a stand. A flower stand, that is. Yesterday marked the first day of a new type of lending program instated by several of the branches in Durham: seed lending.

Old school card catalogs are being placed all over the libraries with seed packets instead of a Dewey Decimal code. Cardholders are free to take up to four packets and have until the end of the Fall season to “return” the seeds by replacing them with saved seeds.

Workshops have been going on for several weeks in Durham’s already organic food-friendly community, detailing best ways to harvest seeds and get the borrowed seeds to bloom. Most of the seeds were donated by garden centers. However, five of the donations this year have back stories, including a mild green pepper seed that was donated by “John from work.”

Joanne Able, humanities and adult programming coordinator at the Durham County library, comments that because of the DIY nature of Durham, the program is “just a perfect mix” of cultures for a seed-lending program. The program was based on the system instated by The Richmond Grows Seeds Program in California City’s Public Library.

Each branch will have about a thousand seeds this season, but hopes to at least double that number by 2015 if the program launches well.

Foliage Design Systems in North Carolina is happy to see greenery coming into public spaces and the public eye. Contact us today to get some custom vegetation into your own space and join the movement.