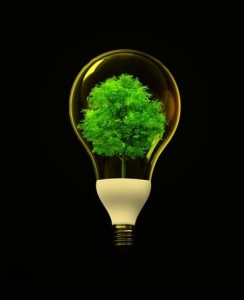 It was only a matter of time before scientists uncovered and unraveled the genome of a plant. In fact, they had done so to a number of plants recently, and the biggest gene discovery of them all is the one that controls the shutdown of a plant growing when it is not light out. This has long been a roadblock for the farming and plant world, as the best we have been able to do is 18 hours of light where the plants are actually absorbing that light and using it to grow.

With this new gene discovery, it means we can have any number of plants growing 24 hours a day with constant photosynthesis. And that means a larger level of plants and crops produced. Already there have been a number of ideas in mind for underground corn farms using this modified gene to have them growing constantly, which could produce enough corn to not only feed the world but supply car fuel.

The uniqueness in this discover though, was with tomato plants being able to be turned on specifically. Previously we knew we could expose some plants to constant light and they would be fine, but tomatoes have always been a tricky one, even in a greenhouse with 18 hours of light going. At least tomatoes that were domesticated by us, wild tomatoes on the other hand could actually grow in constant light.

While we aren’t sure why wild tomatoes have this trait and domesticated tomatoes don’t. We did manage to uncover the gene that was doing this for wild tomatoes, and successfully transplanted it into our normal tomato crops, which resulted in tomatoes that could stand constant light exposure without turning yellow and dying within a few days.

Unfortunately we are unlikely to see these special tomatoes on the market any time soon, as more testing is being done to make sure both the tomatoes are safe and we would be safe in consuming them. But it does look promising for the agriculture world at large. Who knows what other amazing discoveries we will find in the genes of other plants?