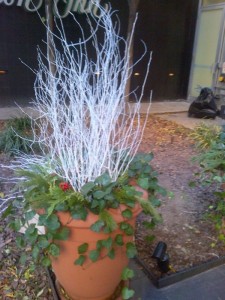 Each year new flora and fauna are added to endangered species lists and recently three plants found throughout the United States have made the cut. These plants are the Gladecress, Short’s Bladderpod, and the Whorled Sunflower. Currently these plants can be found in several states including Kentucky, Tennessee, and Alabama. The US Fish and Wildlife service listed several reasons as to why these plant populations are shrinking.

Chief among these reasons is deforestation due to construction projects. As more development projects are completed, more and more land that once belonged to animals and plant life are disappearing. However, construction is not the only cause for these diminishing plant populations. Some of the other reasons noted by the US Fish and Wildlife service included changing water levels and off-road vehicle damage. Interestingly, some of the loss seems to have been caused by the introduction of non-native plants to the environment.

Short’s Bladderpod is mostly found throughout Indiana and Kentucky in limestone cliffs and similar areas. The only remaining Gladecress can be found in the Bankhead National Forest of Alabama. And finally, the Whorled Sunflower is found in prairies throughout parts of Georgia, Tennessee, and Alabama.

The US Fish and Wildlife service not only wants to make people aware of these endangered plants, but also strives to make efforts to preserve them. By increasing awareness of endangered plants, people may be more likely to preserve them if they encounter them in the wild. Losing any type of plant is never a good thing, but losing these three that are native to this country would be a travesty.

We invite you to learn more about endangered plants both in this country and around the world. Preserving these plants, whether in their natural setting or a monitored environment, is very important. To learn more keep checking back with our blog!